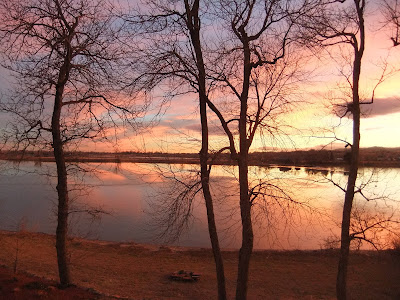 I've been at our home in Loveland, Colorado, for about ten days now, and I've been astounded at the changing character of the sky. 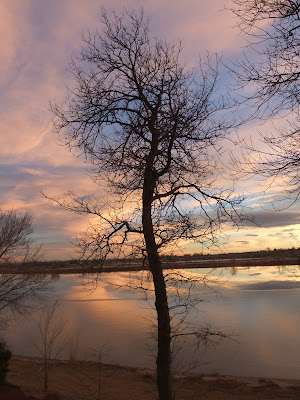 While most of the photos I've taken have been off the balcony of our home, facing Lake Buckingham, you can see that things change dramatically from one day to the next, and even every hour! 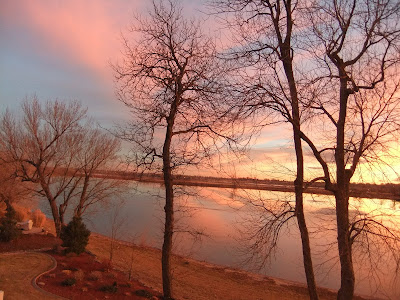 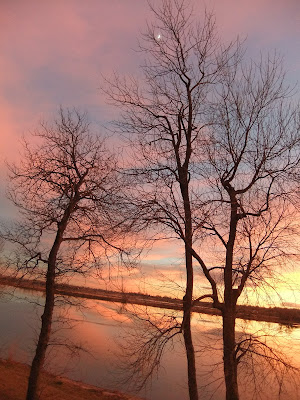 There was one late afternoon that the sunset was particularly colorful, and I was able to catch the sun receding behind the Rockies over an hour. 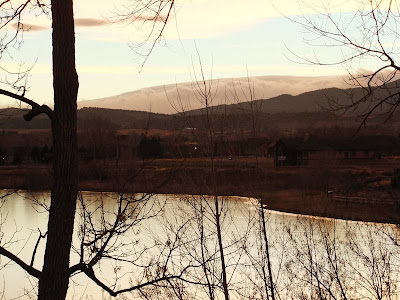 Buckingham Lake picks up a lot of the changes in the sky, reflecting back light and color. Quite stunning! 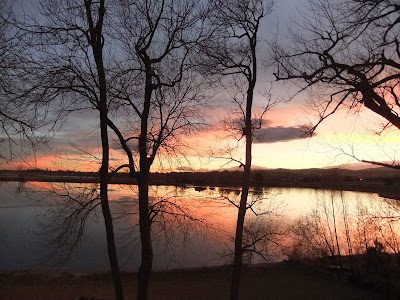 I took a walk through our Mariana Butte neighborhood and caught a glimpse of the taller mountains in the Rockies. 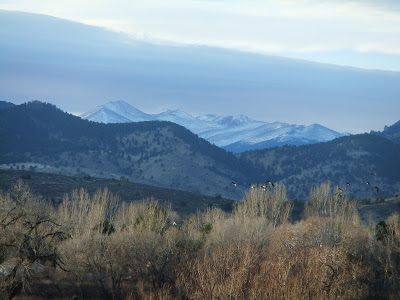 These peaks had mostly been hidden under snow clouds for the first few days when I arrived. Apparently, the skiing regions have been enjoying higher than normal amounts of snow. While down in the foothills and Front Range, we have been very dry with little or no snow to speak of.

Today, I glanced outside and saw a convention of Canadian geese happily lounging on the ice on Buckingham Lake. 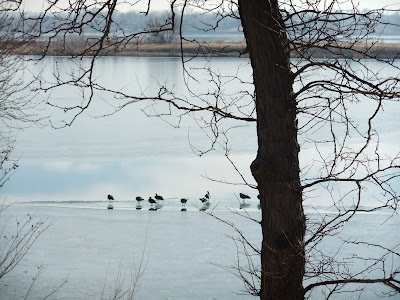 We have lots of geese that hang about the Mariana Butte during the winter in large flocks. 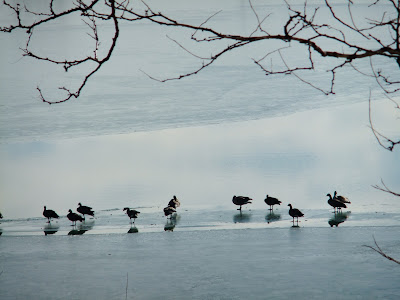 They are quite loud with their honking, and leave lots of 'pressies' behind, if you know what I mean! But they are amazing to watch. 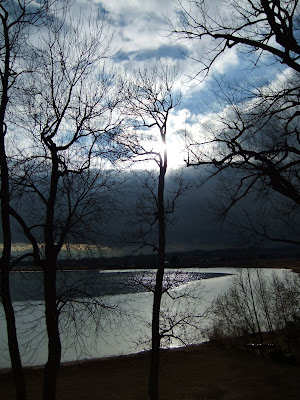 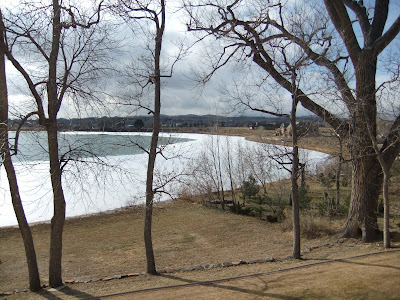 On another day, we received a light dusting of snow. 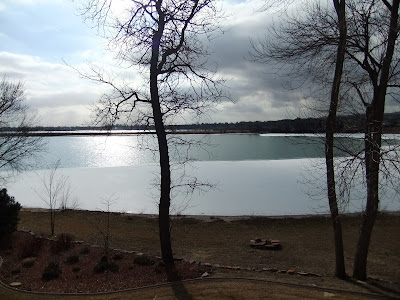 The temperatures were well below freezing at about 11F or -12C. When the snow hit the ice on the lake, it stuck, creating this interesting white snow effect. 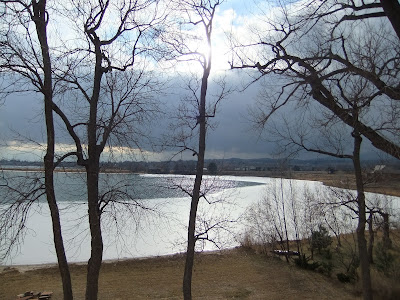 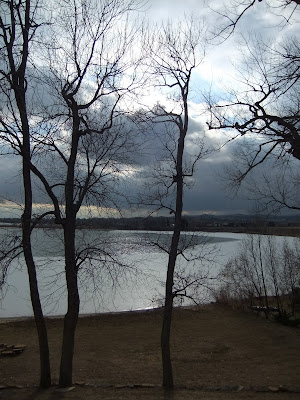 At the same time, the day was so dry that most of the snow we received simply evaporated!

If only the snow would evaporate in England. Hubby and son were supposed to join me today in Colorado, but their flight from Heathrow was canceled, along with many, many other flights. I know this has caused a great deal of frustration and disappointment for countless families who were hoping to fly out for the holidays. I am still hopeful that my son and husband will be able to make their re-booked flights on Christmas Eve. That would be the best gift ever to see them sitting under the tree on Christmas Day. 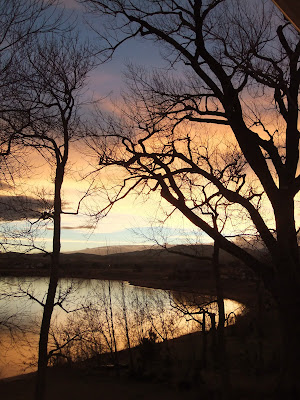 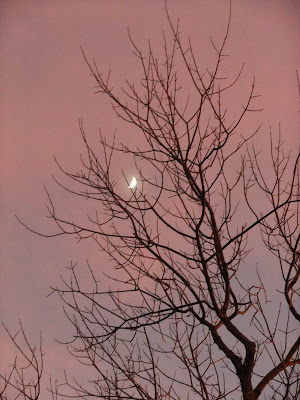 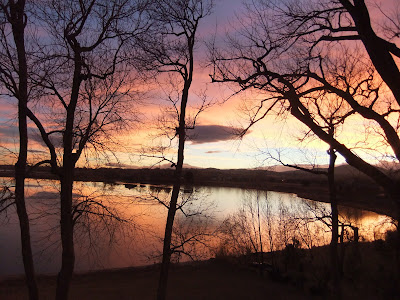 Posted by Kathy the Teawife at 1:18 PM

It looks like a beautiful place to live, or just visit.
Val (ATAA)

Kathy the Teawife
Welcome! I am Kathy the Teawife. Having been fortunate to travel around the world and live in the United States, England, Malaysia and Abu Dhabi, I've now settled in a lakehouse nestled in the Colorado Front Range with my recently retired hubby. With our son away pursuing a doctoral degree in genetics and biochemistry at the School of Medicine, University of Cardiff, Wales, hubby and I have loads of time to play and explore. While I started my professional career as a publication writer and editor, my various detours and life events have led me into different avenues. Today, my passions include paper crafting, creating cards, designing mixed media pieces, taking photos, messing around with design software, and blogging. I especially enjoy teaching crafty projects, either in person or online. I've found that paper crafting is a wonderful way to meet new people when moving to new places. Thank you for stopping by for a visit!